The Alaska Arts Education Consortium is governed by a volunteer board of teachers from the 5 regions of Alaska along with a team of advisors.   AAEC is managed by a part time Executive director who oversees the operations of the organization.

Barbara Short has worked as a visual art teacher, arts administrator and an active arts education advocate in Alaska for over 30 years and as an artist since childhood. She has lived in Fairbanks since 1977 and is still in awe of Alaska.

Barbara was a founding member of the Alaska Arts Education Consortium back in 2003 and is currently the part-time Executive Director for AAEC. Although she now helps organize institutes, she has taught in many arts & culture Institutes over the years. She has been married to her husband Ronan for over 40 years, has 2 thriving daughters and 4 creative grandchildren!

Peggy was born and raised in Kodiak, and returned to the Kodiak Island Borough School District upon completing her Master’s Degree in Education. For thirteen years, she lived and worked in Old Harbor, on the eastern side of the island, where she served as the Special Education Teacher, began learning the Sugt’stun language and cultural arts. In 2015, she relocated to Kodiak and currently serves as the Principal of the KIBSD Rural Schools. Peggy also teaches Alutiiq Language for the Alutiiq Studies Department at UAA’s Kodiak College.

Robin Child currently serves as an Assistant Professor of Elementary Education at University of Alaska Fairbanks. She is passionate about connecting children with their geographical place, culture, and identity through the arts, and considers it a privilege to help inspire new educators with creative ideas to enhance their own teaching practices. She recently shifted from the Arctic to the Interior as a board representative for the AAEC, transitioning from her role as the Arts Integration Facilitator for the Bering Strait School District. She loves to play music (classical piano and old-time banjo) and to work with the medium of the cyanotype- which merges a passion for the outdoors, and processes of photography and printmaking. 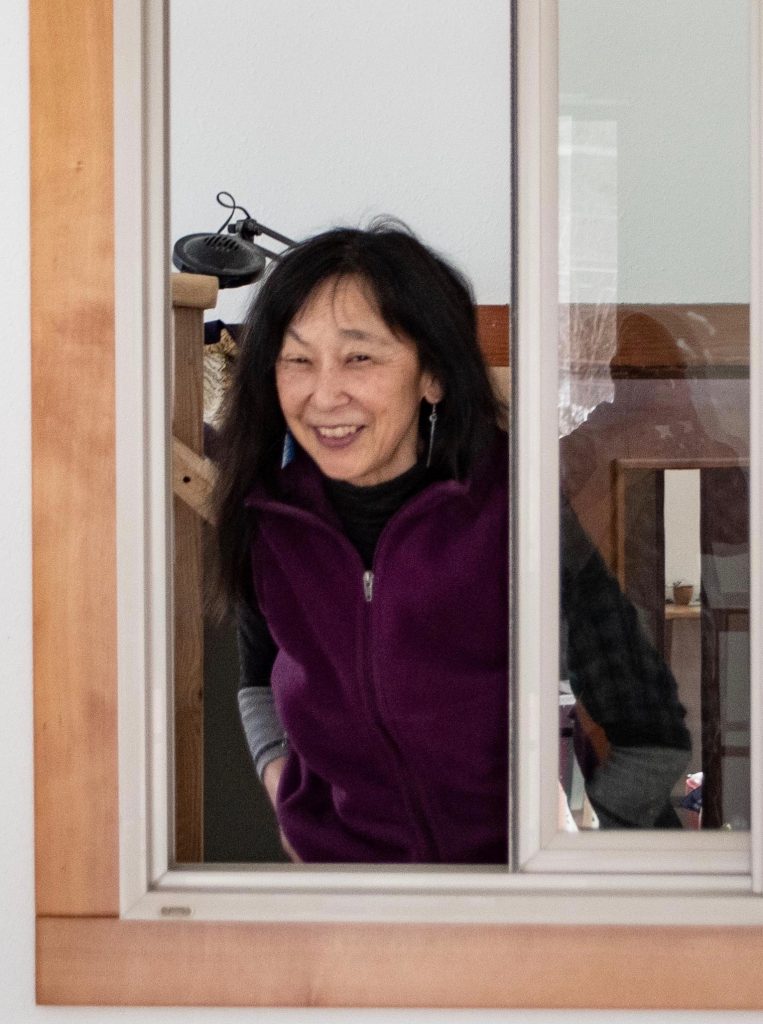 Jeanne Kitayama is a long-time Haines resident, semi-retired teacher, and owner of the Haines Brewing Company. She came to Alaska as a forestry technician, and fell in love with Haines in 1983. From selling sushi out of her truck, to school librarian, then museum educator, to certificated teacher, where she continues to follow the practices of Project Zero, Waldorf, and brain research in teaching and learning.

Kim lived, taught and brought the arts to her school in White Mountain from 1977 to 2011. As a Governor’s Arts and Humanities Award recipient, she was actively involved in Bering Strait School District Arts resource and program development and New Visions planning. Kim also worked on Alaska State Council on the Arts teams to increase arts integration and delivery in Alaska. In retirement she continues to learn and share news of the benefits of the arts for Alaskan students.

Hannah Johnston teaches classroom music at Homestead Elementary in Eagle River, Alaska. She has served on the AAEC board since 2014. Johnston graduated from the University of Alaska Fairbanks with a Masters of Arts in Trumpet Performance, Bachelors of Music in K-12 Music Education and Bachelors of Music in Trumpet Performance. She is currently in her ninth year with the Anchorage School District. She is a cohort facilitator, mentor for first, second and transition educators. Johnston currently serves in ASD’s Music Advisory Committee, as the Elementary Region 4 Representative for Alaska Music Educators Association, member of the Alaska Orff Chapter, and plays trumpet in the Anchorage Symphony Orchestra. Johnston has taught courses and presented sessions for district and state professional development conferences and in-services. 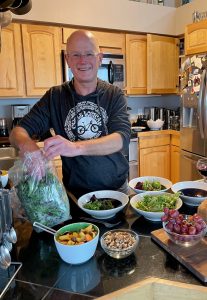 Todd is a newly retired science and math educator. He began his career teaching science in Dallas, Texas before moving to Alaska in 1997 to teach in Sand Point. He then moved to Nome where he spent 17 years at Anvil City Science Academy, before moving to Homer to become the principal at Fireweed Academy. Todd’s love of the arts developed early on and he has always incorporated it into his teaching practices. His experience with Artists in Schools (AIS) programs in Nome solidified his belief in the importance of the arts in public education. As a teacher he saw the many hidden talents his students emerge through their immersion in AIS projects. Normally these talents would not be seen on a day to day basis in his science and math classes. Todd returns to the AAEC board in 2022, after a six year hiatus, and is looking forward to helping other educators bring the arts into their classrooms.

Nita Yurrliq Rearden, is a Yup’ik person, born and raised in Kotlik, Alaska on the lower Yukon River. After earning a degree in education she taught in Bethel for the Lower Kuskokwim School District and in Kotzebue for the Northwest Arctic Borough School District for a total of 28 years; she continues to work as an education consultant. Nita has a deep interest in Yup’ik art and developed a set of Art Kits for teachers, and spends time teaching educators how to use them and how to integrate cultural knowledge into all teaching. She advocates Alaska’s cultural and art standards and is a board member of the AAEC.

Katy Ritter was hired by the Juneau School District in 2008, and has been working as an elementary school teacher at Sayeik: Gastineau School on Douglas Island for the past 16 years. Her passion is teaching through the arts, and has been fortunate enough to participate in several arts institutes sponsored by the AAEC, as well as the Artful Teaching cohort for the past 8 years, a group of Juneau teachers who receive year-round professional development in arts integration. Katy served on the district arts curriculum committee to develop and updated the K-12 arts curriculum for the Juneau School District. When she is not devising new ways to integrate tableau, drama, dance, or shadow puppets into her science and social studies lesson plans, she enjoys swimming, knitting, and birding. She currently teaches 26 energetic and enthusiastic 3rd graders.

Alaskan artist Anna Widman explores landscape and its connection to the body, mind, and heart. Through running, photography, and painting she works on texturally rich canvas. Ever-changing beach patterns left by the tide is her current inspiration. These paintings demonstrate the temporality and beauty of both the landscape and body. Anna recently received her Master’s in Fine Arts degree from Lesley University. Living in Kenai, Alaska, Widman teaches art at Nikiski Middle/High School and had been an AAEC board member for a number of years. Integration of the arts and culture into curriculum in education is a passion she hopes to convey in her interactions with students and teachers in Alaska and beyond! 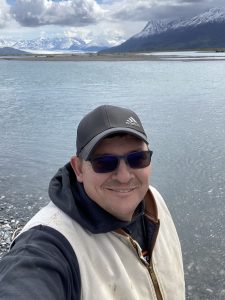 With many connections to Alaska, Conrad Woodhead found his way to Alaska over 20 years ago.  Growing up in Oregon, but having family ties to St. Paul Island, he says that Alaska was always in his plan. “Everything I knew about being Alaskan Native, I had to read about in a book, so I was bound and determined to experience everything Alaska has to offer,” he adds.  Conrad spent nine years in BSSD (Gambell, Stebbins, Shaktoolik, and Unalakleet), teaching elementary education and art, before turning towards administration.  After BSSD, he spent 8 years on the Kenai as a principal (Chapman School in Anchor Point) and as the Native Education Coordinator for KPBSD.  For the past three years, he has worked as the CTE and Residential Director for LYSD, running Kusilvak Career Academy in Anchorage.  He has worked with several different artist in residence and has served on multiple art committees, and has worked to bring art, one way or another, into every school he has worked in.  An artist in his own right, when he is not at work, he enjoys living as much of a subsistence lifestyle as he can.  When not on the water, you can find him chasing his two sons around the State from hockey rink to hockey rink.

Laura Forbes (she/her/hers) is an arts administrative professional, program developer, educator and practitioner with more than two decades of experience in the public and nonprofit arts and culture sector. She grew up in community performing arts, and deeply values the opportunities she has had to engage in creative, expressive practice across her lifetime. Laura, graduated from the University of Alaska, Anchorage with a Bachelor of Arts in Theatre, and in 2012, she earned an M.Ed. in Integrated Teaching through the Arts from Lesley University. Most recently, Laura has been the Arts Education Program Director at the Alaska State Council on the Arts, with duties that include administering grants, development of networks, facilitation of Alaska Poetry Out loud, supporting the field of presenting and touring performing arts and visual art exhibition, and technical services for artists, educators, arts organizations and all Alaska’s citizens. Currently, Laura also serves as Board Secretary for Arts Northwest. 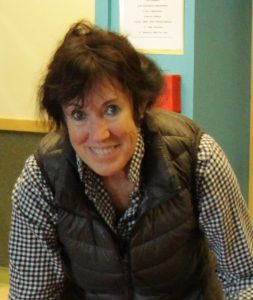 Annie Calkins has lived in Alaska since 1972 and has worked as Curriculum Director for the Aleutian Region School District, Language Arts and Fine Arts Specialist for the Alaska Department of Education and Early Development, and Assistant Superintendent of the Juneau School District, among other jobs. She is a founder of the Alaska Arts Education Consortium, served on the Alaska State Museum Board, Governor’s Commission on Children and Youth, Alaska State Board of Education, Juneau Alaska Music Matters (JAMM), was President of the Juneau Arts and Humanities Council and Chair of the committee that produced the Alaska Arts Standards. Annie has been the External Evaluator of over 60 grants, and works frequently evaluating grants for Central Council Tlingit and Haida Indians of Alaska and the Sealaska Heritage Institute. She is the Facilitator and Coordinator of the Alaska State Council on the Arts’ New Visions Network, working with eight districts across the state to increase arts learning for all students. Annie lives in Juneau, still the proud capital of Alaska. 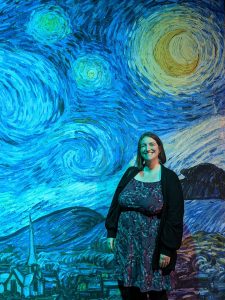